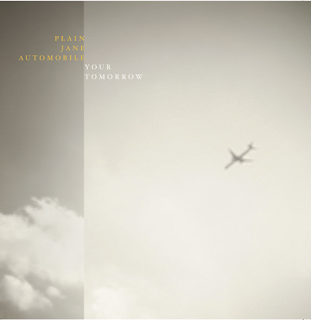 Plain Jane Automobile’s new album, Your Tomorrow, is set to be released on May 9, and it’s probably one of my most anticipated for this year. I’ve loved PJA since I saw them on tour with Ours 3 years ago, and not only are they fantastic musicians, they are fantastic guys. I had heard some of the new stuff last September/October, but this is the first time I’ve heard the cohesive album. And it’s really fantastic. Overall, it tells a complete story from beginning to end, and brings it full circle with the radio edit of the lead single You Were Only a Song. The album has a very U2-esque sound without losing the distinctive Plain Jane sound that fans have come to know and love.

Your Were Only in a Song opens the album, and it was a great choice. Also the lead single, the song is catchy with a great hook and really sets the tone for what to expect, without giving anything away. I can absolutely hear this on the radio, and its a total earworm, finding its way into your brain and not leaving! This song will be a lot of fun to hear live. To me, the title track Your Tomorrow, really sums up what’s going on in the world right now. “This is how the world is, this is how the world is, this is how the world is falling apart” -  Duke Crider’s soaring vocals and brilliant songwriting make you really think, while feeling every single thing he is saying.  There is hope in this song and throughout the album and that seems to be the underlying theme - along with love and loss. 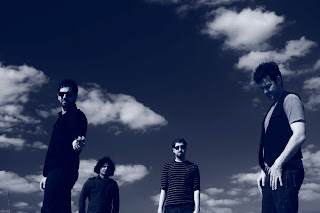 With the exception of the title track, the middle tracks are songs that PJA fans will recognize off their first album - Close Your Eyes, Stones, Starving Streets, and Yesterday’s Pain. But these songs are completely different - they have a fuller sound and heavier guitars. This is the way they sound live, and bringing the live sound to the studio was an amazing move. Stones has always been a favorite of mine and I think I love it more now with the new sound. Duke’s falsetto in Yesterday’s Pain is insane and gorgeous all at the same time - he really shows off his broad range with it.

We Live in the Dark (Part 2) and Before Your Lights Go Out bring the album together before the intensely emotional and gorgeous Please Go Quietly, that just wraps up the album perfectly. I would love to hear this song stripped down and acoustic, with just a guitar and vocal. This song to me, is the apology to the woman that he loved but for some reason, just didn't work out. The melody is haunting with the guitars and it just brings the raw emotion straight to the forefront. I think out of everything on the album, this song will make me cry when I hear it live. Or even if I'm just having a bad day. The last track on the album is the radio edit of the single - You Were Only a Song that just brings it all back together.

All in all, this album is fantastic. I can't think of one track I don't like. All of these songs are perfect to be played intimately in a small club, but they could also be translated to an arena, which I don't doubt will happen one day. There's an insane amount of talent and brilliance in this album. The album will be available on May 9, so definitely check it out. And if you're in the Orlando, Atlanta, Nashville or New York City areas, check out their release shows! May 7 - Orlando, May 11 - Atlanta, May 12 - Nashville and May 14 - NYC. They put on a hell of a show, so don't miss it! All information can be found on their web site.

SarahBeth
Welcome to my world! I'm from New England and have lived here all my life - I love music which is mostly what I'm going to be writing about here - but anything goes! I love to travel as well, and while I haven't been out of the country, I have gotten the chance to see a lot of this country which has been pretty cool. I hope you enjoy your time here!

Jimmy Gnecco The Heart - OUT NOW